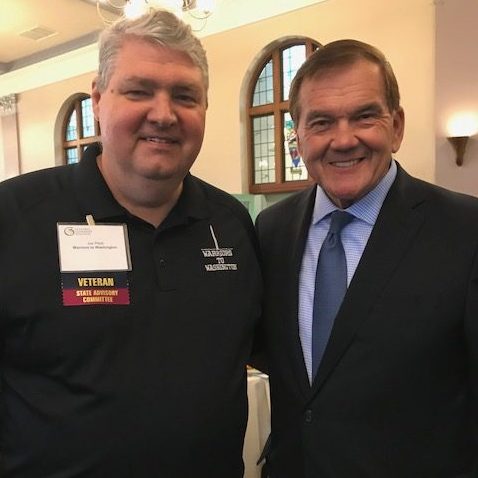 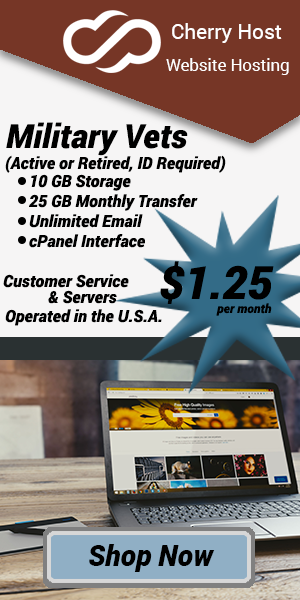 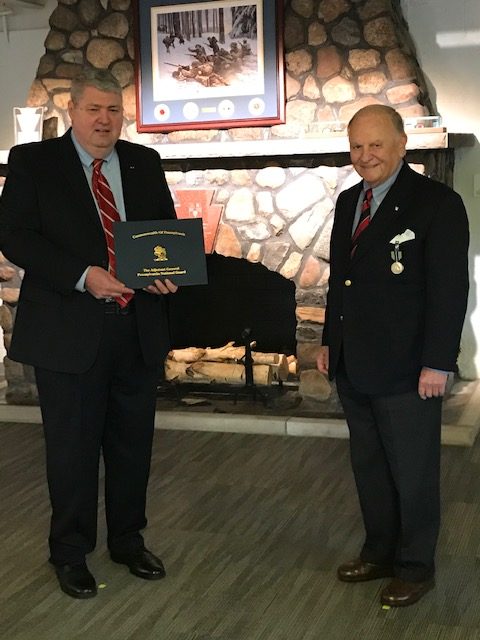 Thomas B. Hagen, chairman of the board of Erie Insurance Group, recently received the prestigious Pennsylvania Achievement Medal from the Pennsylvania National Guard.

The Achievement Medal, conferred by Adjutant General of Pennsylvania Maj. Gen. Anthony J. Carrelli, recognizes civilians, members of the Pennsylvania National Guard and military leaders for outstanding achievement to the Commonwealth of Pennsylvania.

“Mr. Hagen’s exemplary initiative, selfless service and strong leadership are in keeping with the finest traditions of civilian service, and reflect great credit on himself,” the citation read.

The Adjutant General also highlighted Hagen’s vision and leadership that led to the renovation and restoration of the Pennsylvania National Guard Armory. Built in 1920, this year marks the 100th anniversary of the Armory, now home to more than 150 Erie Insurance technology employees.

Maj. Joseph Pfadt, retired commander of the 1st Battalion of the 112th Infantry Regiment of the Pennsylvania National Guard, presented Hagen with the award.

“It is a great honor to receive the Pennsylvania Achievement Medal from the Governor and the Pennsylvania National Guard during the Erie Armory’s centennial year,” Hagen said. “The Armory is an iconic structure in our community, and I was delighted that we were able to acquire and preserve the building as an integral part of our Erie Insurance campus.”

A retired U.S. Navy Captain, Hagen served on active duty during the Cold War as a supply officer on the Atlantic Fleet destroyer USS Harwood DDE-861 and with the logistics staff of the Commander-in-Chief, U.S. Atlantic Fleet, for a total of 34 years of service.

He currently serves as chairman of the board of the Erie Insurance Group, where he began as a part-time file clerk in 1953 and retired 40 years later as chief executive officer. Hagen also served as Pennsylvania Secretary of Commerce under former Gov. Tom Ridge.

In addition to the Pennsylvania Achievement Medal, Hagen has received numerous honors for his commitments to the City of Erie and the Commonwealth, including the naming of the Thomas B. Hagen History Center, Pennsylvania Governor’s Patron of the Arts Award, The Erie Community Foundation’s Edward C. Doll Community Service Award and the United Way of Erie County Tocqueville Award. He was also honored by Penn State Behrend with its highest award, the Behrend Medallion, and The Pennsylvania Society named him a Distinguished Citizen of the Commonwealth.

According to A.M. Best Company, Erie Insurance Group, based in Erie, Pennsylvania, is the 11th largest homeowners insurer, 12th largest automobile insurer in the United States based on direct premiums written and the 16th largest property/casualty insurer in the United States based on total lines net premium written. The Group, rated A+ (Superior) by A.M. Best Company, has nearly 6 million policies in force and operates in 12 states and the District of Columbia. Erie Insurance Group is a Fortune 500 company.

News releases and more information about Erie Insurance Group are available at www.erieinsurance.com

© 2021 Warriors to Washington is Maintained and Operated by Cherry Host